So the final set of distilleries I’d visit on the around the world trip, the spiritual home of whisky Scotland. This was going to be the hardest part of this, I could so easily have filled all 80 spots with distilleries from Scotland. So people who know me well will be shocked, not at the distilleries chosen but the ones left out (Tomatin, Benromach etc). 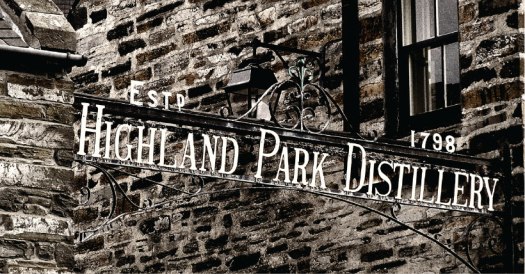 The first distillery I’d visit after leaving Iceland would be Highland Park on the Orkney Islands, one of two distilleries based on the islands (the other being Scapa). They are one of the few distilleries that still has its own malting floors and are still in use, they malt around 30% of the malted barley they use. It’s still a very traditional malting process and done by hand, they smoke the barley first with the peat and then finish the process with coke. The peated malt is them mixed with unpeated malt barley brought in from the mainland.

The peat on Orkney is different adding a more sweet heathery note mainly due to the lack of trees and being comprised mostly of grasses, Moss and heather. When compared to Islay’s peat which is different again, giving more seaweed and iodine based flavors to the malt. Hobbister moor is the peat bog owned by Highland Park, that is around 2000 acres in size and is very carefully managed. With only between 250-300 tonnes being farmed a year to help conserve the peat bogs, which have areas of international scientific interest as well within them. This attitude to quality and sustainability follows through into the cask selection too, with the owners the Edrington group placing orders for Sherry cask upto six years in advance to guarantee the best quality. They also make sure that the demand is at a level that the trees grow faster than they are being harvested.

In 2006 the Edrington group invested heavily into Highland Park and did a full rebrand, the new style bottle was based on a traditional packaging bottle from the 1860’s. The label was replaced with a more contemporary one in my opinion, giving a nice balance between the traditional and the new. Since the rebrand they have launched a number of new expression which have payed homage to the viking heritage that the islands have, with the likes of Earl Magnus and the valhalla collection and also won the best spirit in the world award for their 18yo single malt. Now I’ve tried a fair few expressions from Highland Park and loved them, the 12yo is one of my daughters favourite malts. I would love to get my hands on some of the recent limited releases like Odin or Thornfin to try.

From Orkney we head to the mainland and the highland distillery of Glenmorangie.